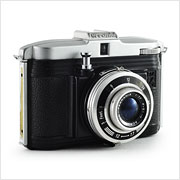 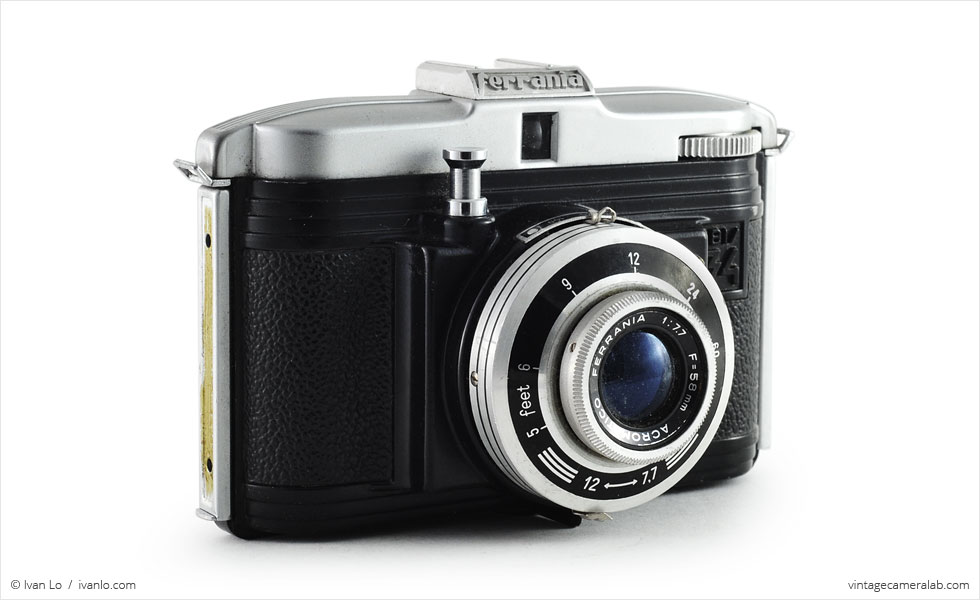 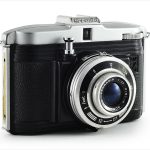 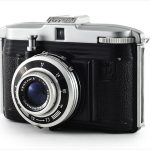 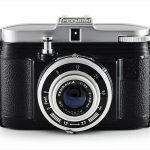 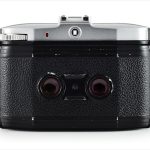 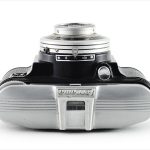 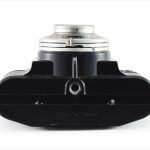 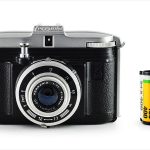 The Ferrania Ibis 34 is a viewfinder camera introduced in 1959 by Ferrania, an Italian camera manufacturer based in the village of the same name. The Ibis 34 is basically a slightly more compact version of its predecessor, the Ibis 44 which took 4x4cm exposures on 127 film as opposed to the Ibis 34’s 3x4cm images.

As one would expect from an Italian camera, the Ibis 34 is quite handsome with its sleek lines and Art Deco styling. The 34’s front is dominated by a Ferrania Acromatico 58mm f/7.7 lens. Focus is adjusted by rotating the ring immediately surrounding the front element while the aperture (f/7.7 and f/12) is selected via a switch at the bottom of the lens barrel and shutter speeds (1/100, 1/50, and Bulb) controlled by a switch on the top. A flash sync post is found at two o’clock on the lens barrel while the shutter button can be found at 10.

A frame advance wheel can be found embedded in the user’s left-hand side of the camera near the top. Turning to the back, the small oval cutout adjacent to the wheel shows red when the frame needs to be advanced and white when the wheel has been turned enough. Directly underneath the camera’s cold shoe is an incredibly tiny viewfinder window and directly underneath that is a pair of red windows surrounding a handle that is used to remove the camera’s back once the twin latches at the bottom corners of the camera are released. A standard tripod socket can be found at the bottom plate of the camera.

I bought this camera for a surprisingly reasonable $14 from a seller in England through a well-known online marketplace that specializes in handmade and vintage products. The camera is in fine mechanical and cosmetic condition save for some minor brassing, a missing strip of leatherette, and a slightly misaligned lens (noticeable through the top and bottom views). This beautiful Ferrania Ibis 34 is the first Italian camera to make it into my collection but it definitely won’t be the last.

Want one for yourself?
Find your very own Ferrania Ibis 34 on eBay.
References: 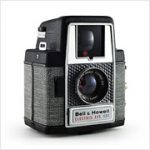 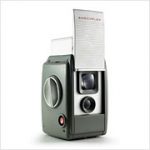 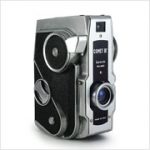 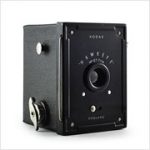 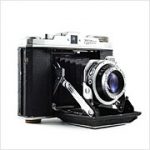