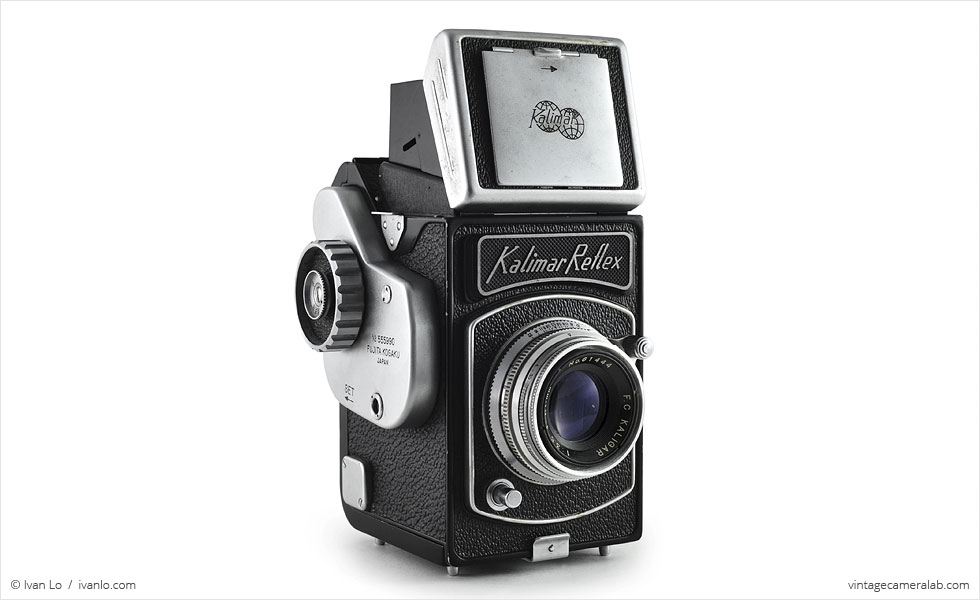 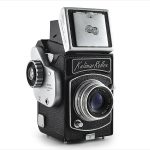 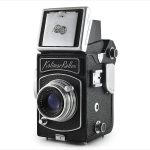 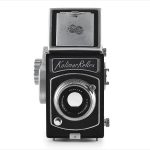 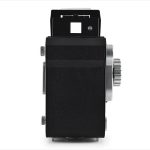 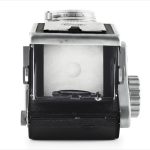 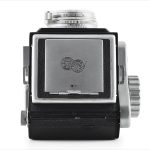 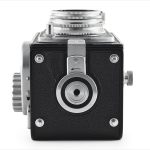 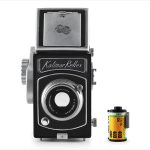 The Kalimar Reflex (also known as the Soligor 66, Haco 66, and Fodor 66) is an unusual looking 120 format single lens reflex camera originally manufactured by Fujita Kogaku as the Fujita 66 and then rebranded by American distribution company Kalimar (and others) for sale. The Fujita 66 and its clones are heavily based on an upright medium format SLR system developed by the German designer Heinz Kilfitt who also created the Metz Mecaflex as well as the original prototype upon which Robot modeled its cameras.

Perhaps the most attention-drawing portion of the Fujita 66 / Kalimar Reflex is its waist-level viewfinder which would look equally at home on any twin lens reflex camera. A small magnifying glass can be engaged to fine-tune focus or can be flipped out of the way along with the silver top hatch (emblazoned with the Kalimar logo) to form a rudimentary eye-level finder.

The front of the camera features the M44 lens mount (this example has a Kaligar 80mm f/3.5 attached) as well as an unthreaded button that fires the camera’s cloth shutter. The user’s right-hand side is home to the film advance knob (which also cocks the shutter) with integrated shutter speed selector as well as a frame counter which can be reset by sliding a pin along the “SET” arrow. Two spool release pins, a cold shoe, flash sync port, and flash sync mode selector can be found on the user’s left-hand side. Four legs, a tripod socket, and the film door latch are on the bottom.

I fell in love with the Fujita 66 when I first laid eyes on it many years ago and after spending quite a while watching eBay auctions, I finally acquired one in the form of this Kalimar Reflex. It’s not 100% what I wanted (I am still hunting for an actual Fujita 66) but I’m more than happy with it. Mechanically, the camera is in terrific shape and it’s also in good cosmetic condition as well with just the odd scuff and a tiny little bit of missing leatherette.

Want one for yourself?
Find your very own Kalimar Reflex on eBay.
References: