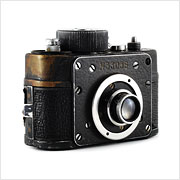 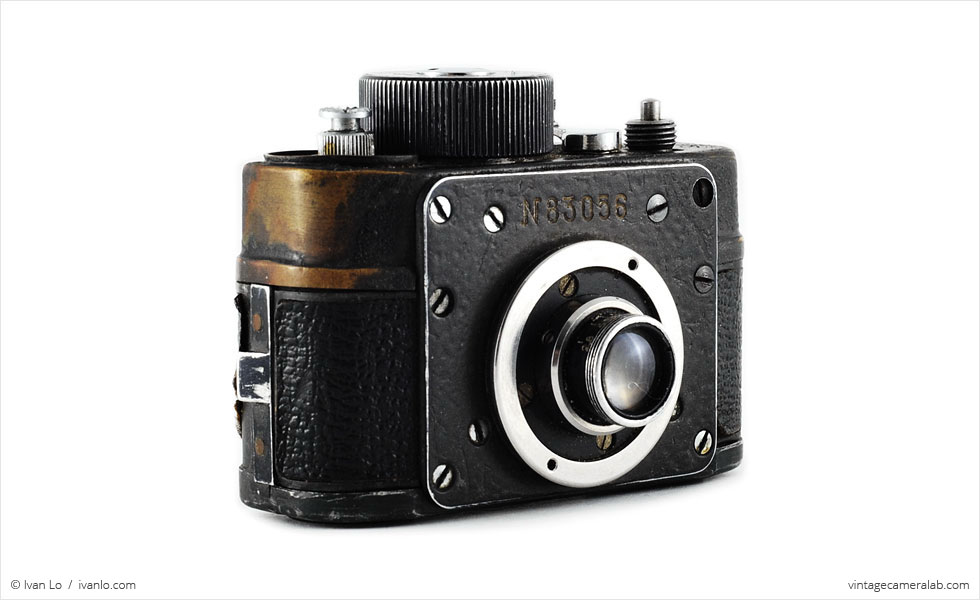 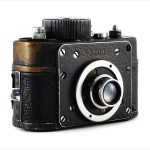 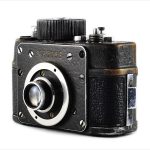 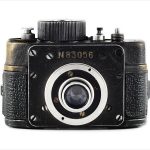 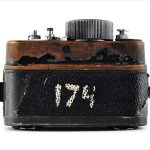 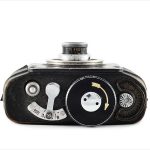 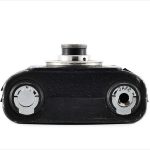 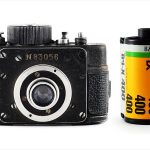 The KMZ F-21 Ajax is a subminiature spy camera produced during the Cold War by the Krasnogorsk Mechanical Works just outside Moscow. The F-21 was designed and manufactured specifically for the KGB and was highly favored by Soviet intelligence for its diminutive size and ease of use. During covert operations, the Ajax could be surreptitiously operated with a remote shutter cable and concealed within a number of specially made disguises including coat buttons, belt buckles, purses, and even full-sized camera cases. The F-21 Ajax is still illegal to own in some places due to its role as an espionage tool. In 2013, Ukrainian camera collector Alexandr Komarov was arrested for owning two of these and faced up to seven years in prison.

Because spies probably shouldn’t be seen manually advancing the film on their secret belt buckle cameras in the middle of a mission, the F-21 is motor-driven. By fully winding the spring motor before concealing the camera, the frame will automatically advance with each shutter depression. To ensure acceptable image quality, this spy camera is equipped with a very sharp, fixed-focus 28mm f/2.8 lens that can be used at four available speeds: 1/100, 1/30, 1/10, and bulb. To match its tiny size, the Ajax uses a miniscule cartridge loaded with 21mm film which must be cut to size from standard 35mm film.

Designed with discretion and ease of use in mind, the F-21 Ajax has minimal number of controls. With the exception of the aperture which can be adjusted by rotating the ring at the base of the lens, all of the spy camera’s buttons and dials are located on the top plate. Starting from the user’s left-hand side, is the shutter button with threading for the shutter release cable, shutter speed selector, winding knob for the spring motor, and the frame counter reset knob surrounded by the semicircular frame counter.

Ever since I was a kid, I’ve always been fascinated by the Soviet Union (with the marked exception of all the mass killings, brutal labor camps, and so forth) and one of the things that always interested me was the KGB. While perhaps lacking the glamor associated with MI6 or CIA agents, I always imagined KGB operatives to be tough, cunning, and ruthlessly efficient; in short, the character of “Boris the Blade” from the film Snatch.

As I ventured into photography and began collecting cameras, I came across the KMZ F-21 Ajax, read of its connection to the KGB and immediately knew that I had to have one. I eventually found and bought this example from a man in Saint Petersburg for slightly over $100 making it the most costly (and, ironically, smallest) camera in my collection. True to the rough and tumble KGB image, my F-21 is quite worn but is still mechanically sound. It’s missing a bit of paint, leatherette, and the frame counter window but those are things that give it character and ignite my imagination. Who knows where this camera has been and what it’s documented?

Want one for yourself?
Find your very own KMZ F-21 Ajax on eBay.
References: 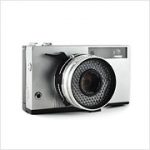 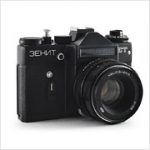 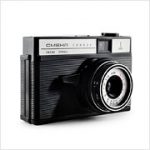 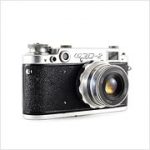