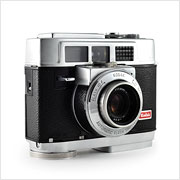 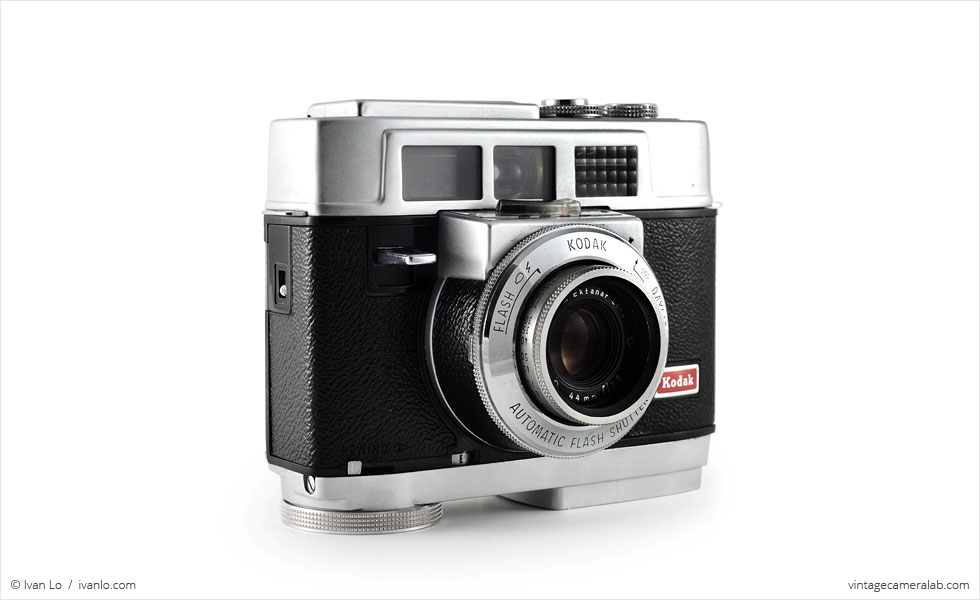 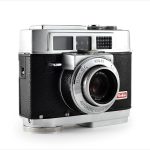 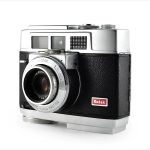 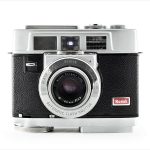 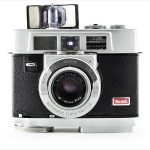 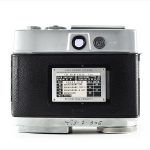 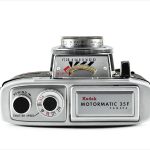 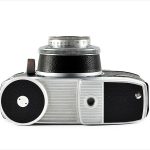 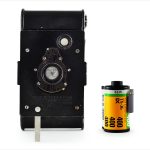 Early Motormatic 35 models have contacts on the side for the proprietary “Kodalite” flashgun unit but the 35F has a socket for individual glass flashbulbs that can be revealed by shifting the circular switch by the viewfinder to the right. Next to the flashbulb socket on the top plate are two dials: one indicates the shutter speed (1/40, 1/80, 1/125, and 1/250 seconds) as well as the film speed while the other can be extended to rewind the film (while the rewind switch on the bottom of the front page is engaged) after the roll is complete. On the bottom is a winding knob for the frame advance motor which is linked to the small frame counter nearby.

Readings from the selenium light meter are displayed in a window viewable by the photographer when looking down at the 55mm f/2.8 Ektanar lens. Focus is controled by the innermost dial surrounding the lens while the largest dial on the lens is used to choose between available light (daylight) and flash settings. When the dial is moved off of “daylight,” a range of flash guide numbers can be selected according to the guide found on the back of the camera.

I bought this Motormatc 35F online through a charity auction for about $10 shipped. The camera is in very good condition except for the very conspicuous United States Social Security Number scratched into the back of the camera. The number belongs to one Martin Furler of Iowa who died on February 1, 1976 at 60 years of age. Generally speaking, I’m not a fan of former owners scratching things into their cameras but a small part of me is glad that Mr. Furler did as this allows me a brief glimpse into the camera’s history.

Want one for yourself?
Find your very own Kodak Motormatic 35F on eBay.
References: 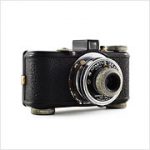 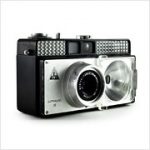