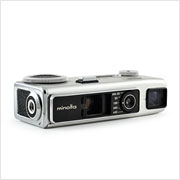 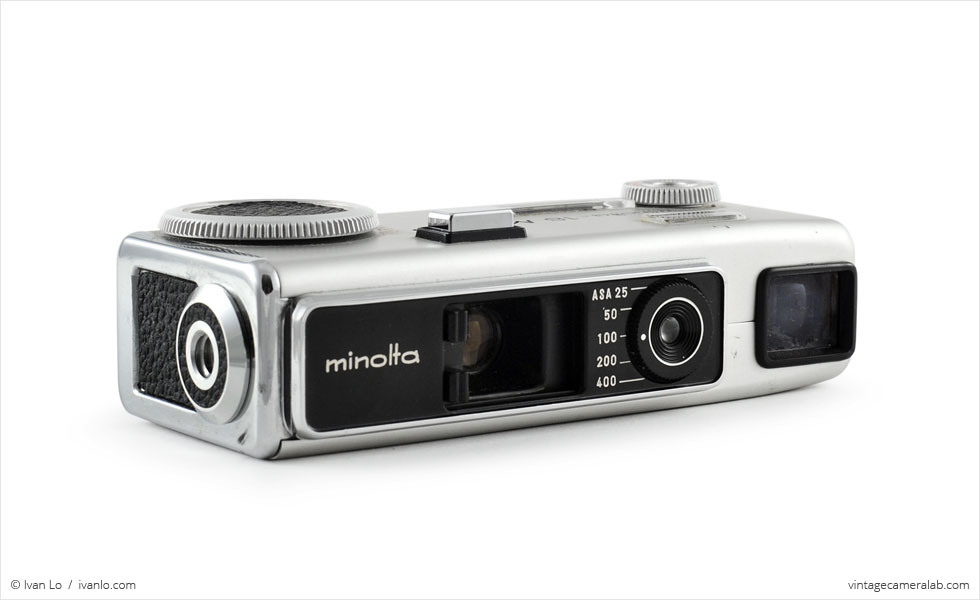 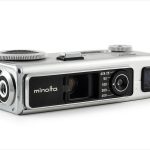 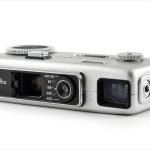 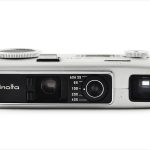 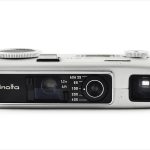 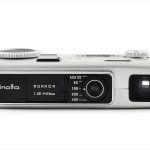 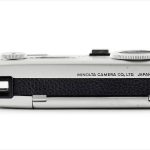 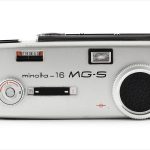 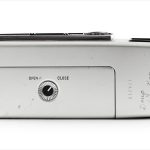 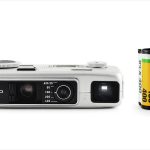 The Minolta-16 MG-S is a subminiature “spy” camera made for use with Minolta’s proprietary 16mm film cartridge and introduced by the Japanese camera company in 1970. Ten different Minolta-16 variants were made during its nearly 20 year (1955-1974) production run. The MG-S was the ninth model and widely considered to be the most advanced of them all.

The most significant advancement the MG-S had over its predecessor the MG was an increase in negative size from 10x14mm to 12x17mm, just two years before Eastman Kodak introduced the similarly sized 110 film cartridge that would gain massive popularity and eventually render the Minolta-16 obsolete. Paired with the bigger frame is a fixed-focus 23mm f/2.8 Rokkor lens (roughly 48mm equivalent) with a built-in closeup filter, a combination which delivered relatively high image quality without sacrificing size or weight.

Shutter speeds on the MG-S must be manually set via a dial on the top plate while aperture can either be automatically controlled by the cadmium sulfide meter (by aligning the “A” on the inner dial with the shutter speed window) or set manually. Next to the shutter speed window is the frame counter and just above it is the light meter window. The silver rectangular button activates the shutter and the large dial in the corner advances the frame. Apart from the lens, dust cover, and closeup filter, The front of the camera also houses a film speed selector dial with a light meter sensor in the center and the viewfinder window. The user’s right side of the camera features a tripod socket and the left side has a flash sync socket for the optional flash cube adapter.

I got a complete Minolta-16 MG-S outfit bundled together with a Zeiss Ikon Ikonta 521 at a flea market just outside St. Louis for only $30. Included with the camera was an owner’s manual, soft case, unexposed 16mm film cartridge with plastic case, metal wrist strap (which screws into the tripod socket), and a flash cube adapter module all contained within a velvet-lined box the size of a small textbook. The MG-S and its accessories are in fairly good condition apart from the name of its previous owner, one Doug Sebastian, being scratched into the bottom of the camera and the back of the flash cube adapter. Why some people feel the need to permanently etch their names onto their belongings is far beyond me.

Want one for yourself?
Find your very own Minolta-16 MG-S on eBay.
References: 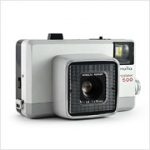 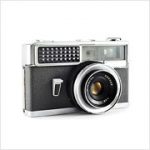 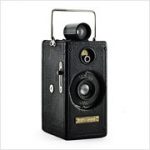