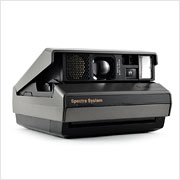 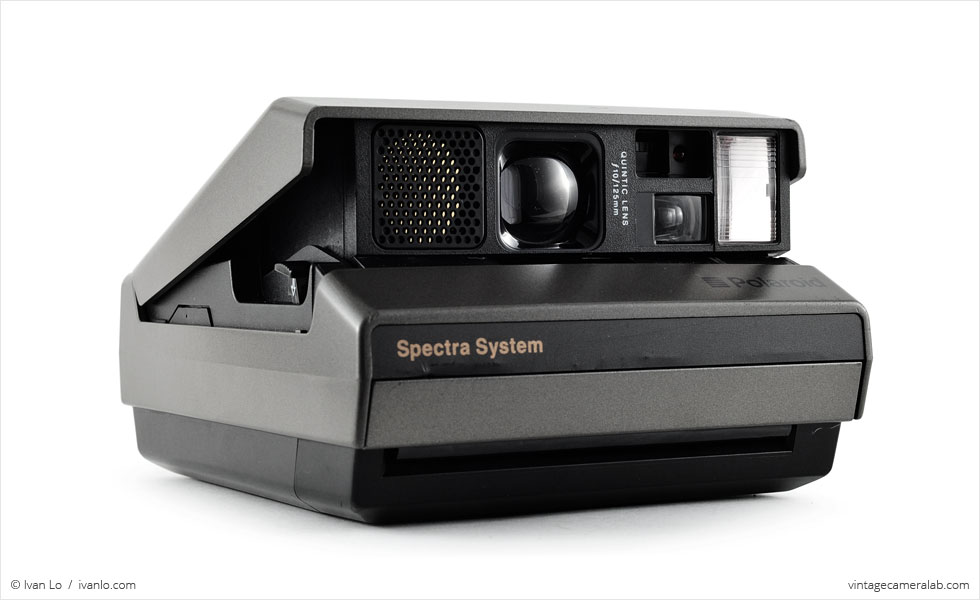 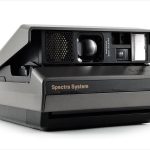 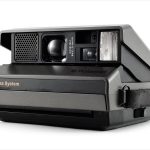 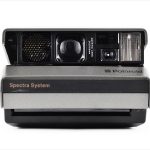 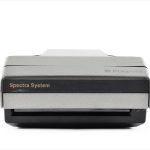 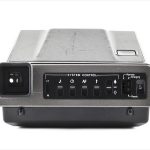 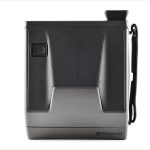 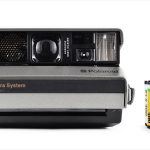 The Polaroid Spectra is the first model in the Spectra System line (also known as “Image System” and the Minolta Instant Pro in overseas markets) of instant cameras introduced by Polaroid in 1986. With this new line of cameras came a new line of instant film named Spectra/Image/1200 film which, apart from producing rectangular instead of square images, is more or less identical to existing 600 series film.

Perhaps the most interesting aspect of the Spectra is its use of the sonar autofocus system pioneered by the Polaroid SX-70 Sonar OneStep in the late ’70s. Using its sonar-based rangefinder system (the gold-colored disc hidden behind black mesh next to the lens), the Spectra emits a series of ultra high frequency soundwaves and then uses the echo delay to calculate the subject’s distance from the camera, much like the echolocation system used by dolphins and bats. The camera uses this information to adjust the Quintic 125mm f/10 lens accordingly and takes a reading from the integrated light meter (located above the viewfinder between the lens and the flash) to calculate exposure.

To activate the lens, the switch underneath the handstrap must be pulled. Once open, a newly revealed lever on the opposite side of the camera can be pressed to open the film door for loading and unloading. Most of the Spectra’s controls are on the back as a series of switches next to the viewfinder. Starting from the left is the units setting (meters or feet) that will be displayed within the viewfinder which can be changed with the tip of a ball-point pen. Next to that is the switch that enables or disables beeps from the camera, a self-timer, autofocus override for situations that confuse the sonar rangefinder system like shooting through glass, manual flash override, exposure compensation slider, socket for the remote control receiver accessory, flash cycle indicator lights and, lastly, a frame counter. Just above the frame counter on the top plate of the camera is the most important control of all: the shutter button.

This particular Polaroid Spectra was purchased brand new by my father-in-law for my mother-in-law who later passed it down to my wife. As you can see from the frame counter, there’s film in it and we still use it occasionally. The film currently loaded is discontinued Polaroid stock although compatible film is still being produced by the Impossible Project, the company that purchased Polaroid’s production machinery after they exited the instant film business in 2008. Cosmetically, this Spectra is in good shape with fairly average wear and tear. Mechanically and electronically, this Polaroid still functions flawlessly.

Want one for yourself?
Find your very own Polaroid Spectra on eBay.
References: 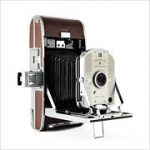 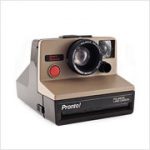 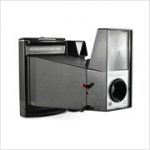 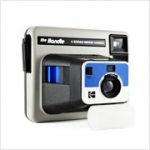 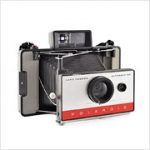 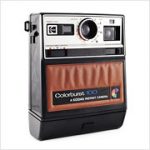