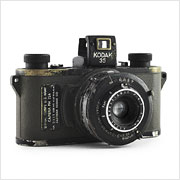 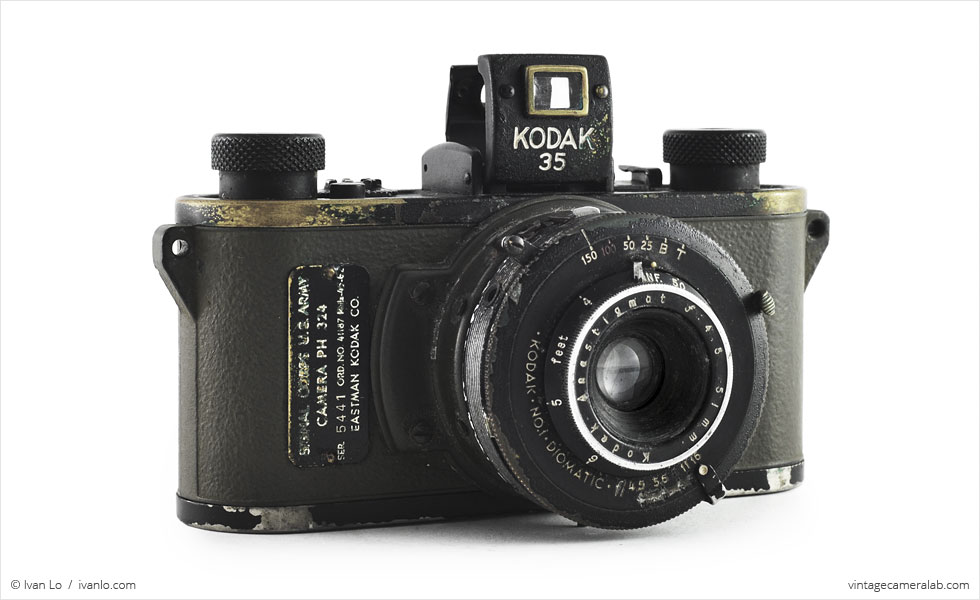 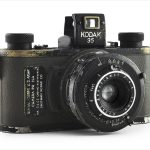 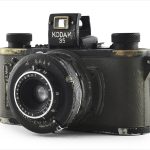 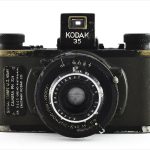 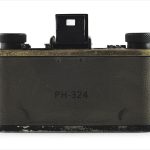 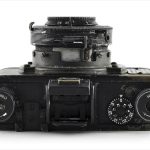 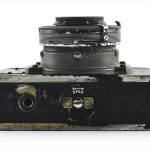 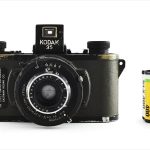 The Kodak PH-324 was the military version of the Kodak 35 built by Eastman Kodak on behalf of the United States Army Signal Corps for service during World War II. Mechanically, it was identical to the 35 with the only major differences being an olive drab green and black finish.

Like the 35, the PH-324 has a 51mm f/4.5 Kodak Anastigmat lens. The focused by rotating the ring immediately surrounding the front element. Shutter speeds are controlled the outer ring on the lens and aperture settings are selected by the small metal tab tab at five o’clock. A self timer can be found at two o’clock on the lens barrel and the shutter button is at 11. A small metal plate is mounted next to the lens with U.S. Army markings and serial number. The winding and rewinding knobs on the top of the camera are finished in black paint with diamond pattern knurling and the words “WIND” and “REWIND” plus direction arrows are printed on top of them in white. The flip-up viewfinder is also finished in black paint and has a similarly finished cold shoe on one side and a frame counter on the other. A latch that keeps the back of the camera attached can be found on the bottom plate along with a tripod socket. “PH-324” is stenciled onto the back of the camera in black paint.

I bought this PH-324 through eBay after years and years of watching auctions. My example is well worn; there is significant brassing on the metal bits as well as a tiny bit of green patina showing through on certain spots. The shutter is also a bit sticky and the self-timer is frozen. I love the wear, though. I love knowing that this camera has been used bears appropriate scars for an object that has been through war. If anyone out there has the ability to look up the camera’s history through its serial number, please let me know.

Want one for yourself?
Find your very own Kodak PH-324 on eBay.
References: 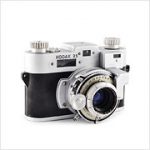 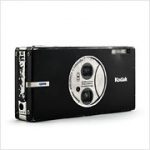 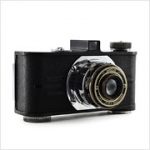 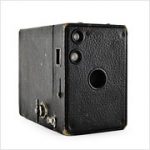