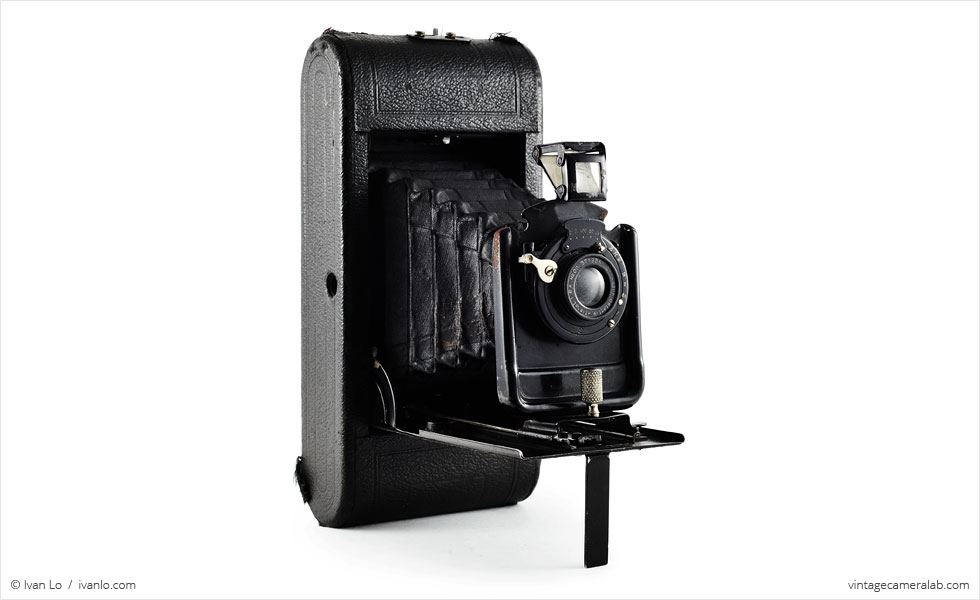 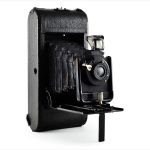 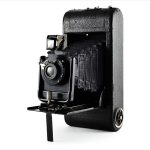 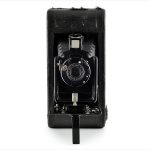 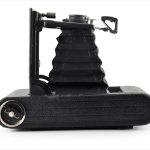 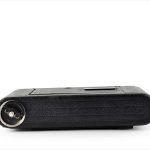 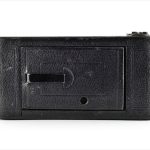 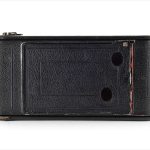 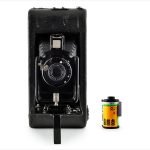 The Ernemann Bob 00 is a multi-format folding camera introduced in 1914 by Ernemann-Werke AG. Founded by Heinrich Ernemann in 1889, Ernemann produced both still and cinema cameras as well as film projectors. After its defeat in the First World War, the Treaty of Versailles forced Germany to pay 132 billion marks in reparations (about 442 billion USD in today’s economy, a mind-blowing sum they spent nearly a century repaying) which laid waste to their national economy. The German camera industry was not spared during this period of hyperinflation and Ernemann was forced to merge with three other companies (ICA, Goerz, and Contessa-Nettel) to form Zeiss Ikon.

There are roughly two dozen different camera models and variants produced during the earliest years of the 20th century until the 1920s that use Ernemann’s “Bob” moniker. Nearly all of them are folding cameras and accept a wide variety of rollfilm and plate formats including several large format stereo folding cameras. Even the Bob 00 has two major variants: this medium format version and a bigger one for large format rollfilm or 9 x 12 cm plates.

Unlike the Ernemann Heag XV which is opened by pressing a hidden button, the Bob 00 is opened by flipping up the “kick stand” which unlocks the camera. Once the 105mm f/6.8 Detectiv Aplanat lens has been extended, composition is done through the right angle finder located above the lens barrel which can be rotated 90 degrees for landscape photography. Connected to the lens is a shutter with five available speeds (Time, Bulb, 1/100, 1/50, and 1/25 seconds) which can be triggered via the silver shutter lever at the 10 o’clock mark on the lens barrel or through the cable release socket behind it. To focus the Bob 00, simply use the tall, knurled knob at the base of the lens to slide it back and forth. To calculate focus distance, there are two scales located on the user’s left side of the lens rails, one for roll film and another for use with glass plates which are thicker and affect the flange focal distance. The film advance knob is located on the “top” of the camera which is really the user’s left-hand side when in portrait orientation.

I bought this Ernemann Bob 00 through an eBay auction for about $20 shipped, an amazing bargain made possible by the seller’s inability to correctly identify what he was selling. The Bob is in perfect mechanical condition and it isn’t too bad cosmetically, either. The handle is missing and there is a chip on the corner of the lens board as well some very minor rust issues on it and the viewfinder. The leatherette is more or less intact with some frayed edges but is relatively good shape. It even came with a wooden 120 film spool still inside.

Want one for yourself?
Find your very own Ernemann Bob 00 on eBay.
References: 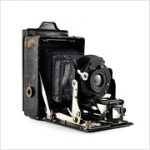 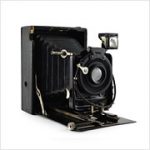 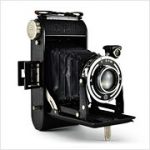 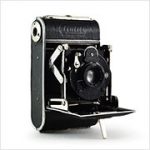 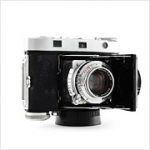