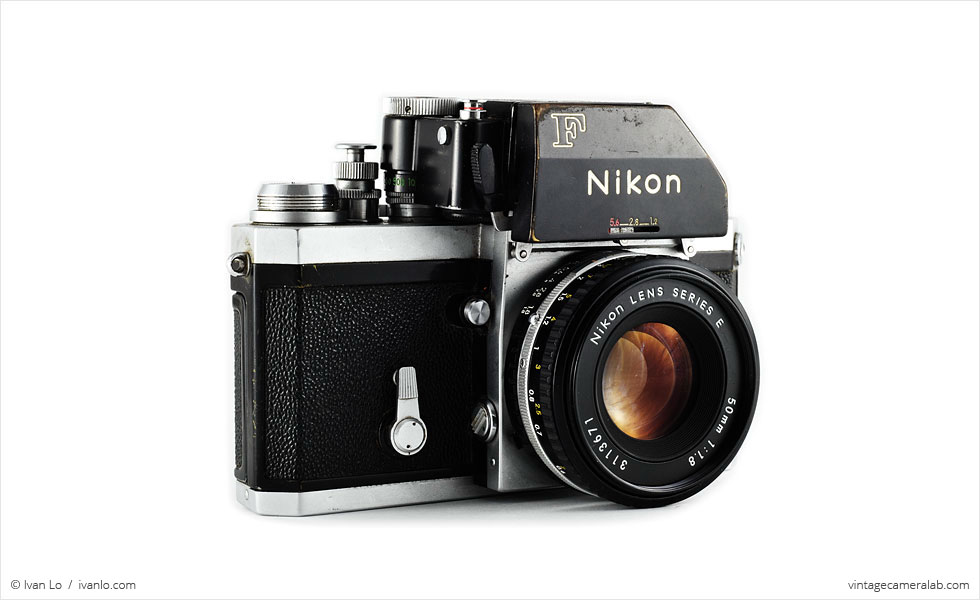 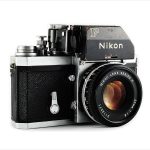 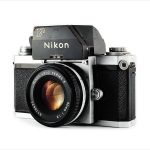 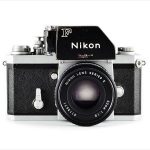 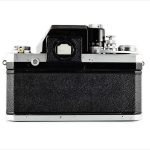 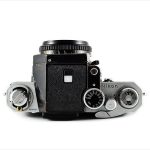 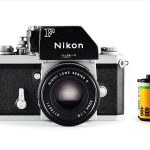 The Nikon F was Nikon’s very first single-lens reflex camera which, arguably, single-handedly ushered in a golden age for Japanese camera manufacturers and SLRs in general. The legendary F was the first SLR system to gain widespread popularity among professional photographers who in turn used it to document everything from armed conflicts to rocket launches. Its modular design mean that there were a multitude of different viewfinders (mine has a black Photomic FTn meter finder installed), backs, grips, and, of course, lenses available. The F is also extremely well-built and incredibly durable, attributes that helped it become the first 35mm SLR to go into lunar orbit aboard the Apollo 15 space capsule and gave rise to a long line of tough, space-faring professional-grade Nikons that continues to this very day.

Despite its precision design, the Nikon F is surprisingly easy to operate. On the top panel, you have the frame counter and film advance lever on the far right-hand side. Directly to the left of that is the shutter button (mine has an aftermarket soft release installed), the base of which is a dial that can be set to “A” (advance) for shooting and “R” for rewind when the roll is finished. Next on the left is the shutter speed dial which, in my case, is being controlled by the Photomic viewfinder which piggybacks a film speed dial that has a range of ISO 6 to ISO 6400 on top of it. Looking from above, just “ahead” of the ISO and shutter speed dial is the light meter activation button and to the left of that is the waist-level meter window. On the very left is the film rewind crank with a mounting point for an optional accessory or hot shoe.

On the shutter side of the front panel you’ll find the self-timer, the depth of field preview button, and a mirror lock-up lever sitting flush to the lens mount; the lens release button is the only thing on the other side. On the back, the only control of note is the viewfinder release button which, when pressed, allows the viewfinder to be swapped out.

I had dreamt of owning a classic F for years and years but could never justify the cost because I already had a reliable film body in the form of my beloved Nikkormat FT3. Then, upon coming back from a trip to St. Louis, my brother surprised me with this knackered but beautiful specimen that he had bought at a flea market for only a few dollars. The seller obviously knew nothing about cameras because he believed the F to be defective after being unable to mount a completely incompatible Mamiya-Sekor lens which he then included with the “broken” Nikon. Unfortunately, I don’t own any non-AI lenses which is why there’s a newer 50mm series E on it right now. Want to donate some old NAI glass so I can properly complement it? Let me know!

Want one for yourself?
Find your very own Nikon F on eBay.
References: 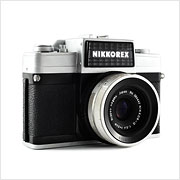 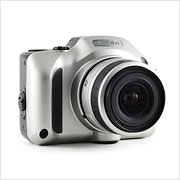