Bencini was an Italian camera brand founded in 1937 as I.C.A.F. (Industria Costruzione Apparecchi Fotografici) by Antonio Bencini in the city of Milan. A native of Tuscany, Bencini had spent a great deal of time working as a technician for the Royal Italian Army during the First World War and had gained a reputation for being able to repair and maintain the French-made aerial reconnaissance cameras that were in service at the time. After the war ended, Bencini leveraged this experience and jumpstarted Italy’s domestic camera industry in 1920 by founding a company called F.I.A.M.M.A. (Fabbrica Italiana Apparecchi Macchine Materiali Accessori) in Florence. The company prospered and was eventualy acquired by Ferrania in 1935, after which Antonio Bencini moved to Turin and started another company called Filma which, oddly enough, was also sold to Ferrania in 1937.

With the experience of growing two successful camera companies under his belt, Bencini founded I.C.A.F. after moving to Milan. The company’s first two models were the Roby and the Gabry: simple box cameras that were named after Antonio’s children Roberto and Gabriella. However, the National Fascist Party which controlled Italy at the time frowned upon foreign sounding words so the cameras’ names were quickly “Italianized” as the Robi and the Gabri. Bencini also decided to change the name of the entire company and rechristened it as C.M.F. (Costruzione Macchine Fotografiche).

C.M.F. suspended camera manufacturing as Italy entered World War II in June 1940 and converted their assembly lines to bicycle and aircraft components, presumably to support Mussolini’s opportunistic efforts to expand Italian territory in southern France and North Africa. After the war ended, the company resumed camera production and renamed itself C.M.F. Bencini. While pre-war models were either box cameras or folding cameras, Bencini relaunched his business with the introduction of the rigid-bodied Rolet. Two years later in 1948, Bencini debuted a series of incredibly popular and uniquely styled aluminum die-cast models with the original Comet followed three years later by the original Koroll. It wouldn’t be until 1953, however, that the company would rebrand itself as simply “Bencini” and truly break the mold with the fantastically eccentric Bencini Comet III.

Unfortunately, Bencini’s success wouldn’t last forever and the company began to decline by the 1960s. The company had put so much emphasis on rollfilm formats like 120 and 127 that by the time they produced a 35mm camera in 1958, the competition had already left them behind. Bencini began pumping out cheap cameras like the Minicomet and a series of 126 format cameras that were rebranded for sale by the British drugstore chain Boots but it never found the same success again. Bencini persisted until sometime in the 1980s before shutting down for good.

Interested in starting or growing your own collection of Bencini cameras?
Check eBay to see what’s available.
References: 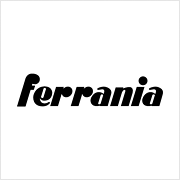 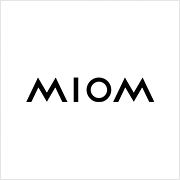