PowerShovel (also known as SuperHeadz Tokyo) is a Tokyo-based Japanese brand founded by Hideki Oomori in 2000. Since then, it has produced, marketed, and distributed novelty film cameras for a variety of formats. It is perhaps best known for the eccentrically named Blackbird, Fly plastic 35mm twin lens reflex camera.

The company’s founder Hideki Oomori is credited with introducing simple Russian and Soviet-made cameras to Japan around the same time that the Lomography craze made its way through the west. As “toy camera” fever swept through Japan, PowerShovel capitalized on the trend by selling foreign cameras like the famous Holga and LOMO Smena-8M as well as its own products.

In addition to film cameras, PowerShovel also sells digital cameras, film, and photographic accessories at its “Camera Cabaret” shop in Shibuya, Tokyo. PowerShovel also has a separate division for publishing photography books as well as a label for recording artists.

Interested in starting or growing your own collection of PowerShovel cameras?
Check eBay to see what’s available.
References: 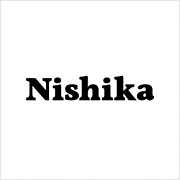