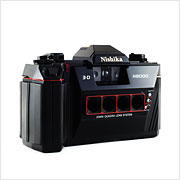 Nishika was an American camera company based in the Las Vegas Valley that sold inexpensive plastic stereo cameras. Despite being a camera company, Nishika is perhaps best known for being investigated by the United States Federal Trade Commission for fraud.

Nishika was founded sometime around 1989 by James Bainbridge in the Las Vegas suburb of Henderson, Nevada when he purchased the remnants of Nimstec, an Atlanta-based camera company that had gone bankrupt. Nimstec was founded by Jerry Nims and Allen Kwok Wah Lo, inventors of the Nimslo: a four lens stereo camera and the particular lenticular printing process associated with it. After acquiring Nimstec, Nishika introduced the N8000 and then the smaller N9000, both of which were heavily based on the Nimslo. The two models were manufactured in China and are the only cameras known to bear the Nishika name.

Unfortunately, Nishika didn’t become famous for its 3-D cameras or for its relatively clever lenticular prints but for conning people out of their money. Nishika initiated a telemarketing campaign to convince individuals that they had won a special prize but needed to authorize a one-time $700 charge in order to receive it. Then, after taking their money, Nishika would send them a camera and/or travel vouchers that came with so many restrictions and extra fees that they were all but useless. Despite essentially being a copy of a failed product, Nishika falsely claimed that their cameras were the product of “15 years of research by hundreds of engineers and technicians and over $50 million” and even went so far as to hire legendary horror actor Vincent Price to star in a short series of vaguely disturbing promotional videos.

In the end, karma caught up to Nishika and the United States Federal Trade Commission launched an investigation resulting in the company being forced to refund up to $11.3 million to their victims in 1996. The ruling unsurprisingly bankrupted the company (and its founder) in the process.

Interested in starting or growing your own collection of Nishika cameras?
Check eBay to see what’s available.
References: 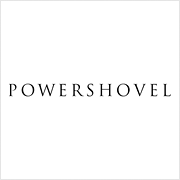