The Zenith Camera Corporation was a relatively obscure Chicago-based camera manufacturer which only produced a small number of models. Unlike many of its peers, it appears that Zenith was not part of the Chicago Cluster, the formidable group of camera brands (including Spartus, Acro, and Monarch) with a variety of near-identical models that is purported to have been multiple fronts for a single company.

It’s unclear exactly when Zenith was established but its first camera—the Zenith Comet—was released in 1947 so it must have been sometime before then. The company only managed to release a handful of very similar cameras during its short life: the aforementioned Comet, the Comet Flash (basically the same camera but with flash sync sockets on the lens barrel), the Sharpshooter (sometimes stylized as “Sharp Shooter,” a JEM Jr. 120 clone which appears to have been a direct predecessor of Canada’s Marksman Six-20), the Marksman 120 (pretty much identical to the Sharpshooter), and then the Vu-Flash 120 (basically a version of the Sharpshooter / Marksman 120 with flash contacts on top). These models all debuted in the late 1940s with production going into the 1950s.

Zenith faded away sometime in the 1950s, having left as mysteriously as it arrived. While the details of its brief existence may forever be lost, they managed to leave their mark on by producing at least one unique, original camera design in the Comet.

Interested in starting or growing your own collection of Zenith cameras?
Check eBay to see what’s available.
References: 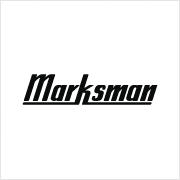