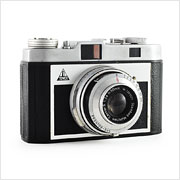 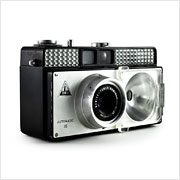 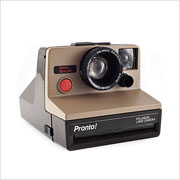 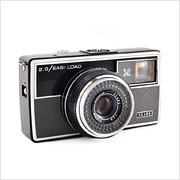 Sears, Roebuck & Company is a former mail order giant and current department store chain founded in 1886 by Richard Warren Sears and Alvah Curtis Roebuck. At a time when the vast majority of rural communities in the United States were supplied by small general stores that had complete control over prices and variety of products available, Sears and Roebuck shook things up by introducing a mail order catalog with fixed prices and a comparatively huge selection.

Over the years, Sears has sold a huge variety of products including clothing, appliances, tools, groceries, bicycles, automobiles, furniture, farm machinery, and, of course, cameras. In addition to selling cameras from well-known brands like Zeiss Ikon, Polaroid, Bolsey, and Kodak, they also sold a range of cameras made by other manufacturers to be rebranded for sale by Sears.

There were two primary brand names used by Sears: Seroco and Tower. Seroco—the earliest and lesser known of the two—was used during the turn of the century to sell cameras made by the Conley Camera Company which was eventually bought out and dissolved by Sears. Decades later in the late 1940s, Sears sold cameras under the Tower brand as a nod to the Sears Merchandise Building Tower (not to be confused with the building currently known as the Willis Tower). The vast majority of Sears-branded cameras were sold under the Tower name and included models manufactured by such companies as Mamiya, Ricoh, Bilora, Olympus, Pentax, Iloca, Franka, and Imperial. The Tower name remained in use until the 1960s when it was inexplicably phased out. Rebranded cameras continued to be sold until the 1980s but mostly directly using the Sears name. These days, Sears sells digital cameras through its stores and website but no longer rebrands any of them.

Interested in starting or growing your own collection of Sears cameras?
Check eBay to see what’s available.
References: 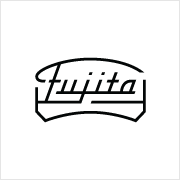